Six songs in 30 minutes is one way to describe NEF.VI.LIM the new album by Enochian Crescent. The other could be that this is an album loaded with fucking great diabolical Black Metal. Founded in 1995 Enochian Crescent celebrate its 15 years of existence with the release of NEF.VI.LIM. This is the first recording where founding members vocalist Wrath and guitarist-vocalist Viktor along with long term drummer Bolton (member since 2001) gang up with last years recruits Tunturituuli (bass) and Vilhelm (guitars).

NEF.VI.LIM is a follow-up to Black Church, an album which was a nominee for the album of the year 2006 category in Finnish Metal Expo and eventually ended up in the top-5 after the votes were counted. Enochian Crescent is a band that has always chosen its own musical and lyrical path without looking around to see what everyone else is doing. NEF.VI.LIM carries on with this tradition with songs rich in expression and twisted in execution. No song sounds the same as the other yet all are still intriguing and easily identifiable as a part of the EC canon.

Welcome to the domain of the Fallen Ones! 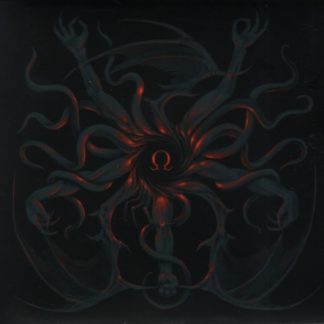