Long lost Finnish black metal jewel is finally available on MCD, 7´EP and Pic. 7´EP. Some of the tracks were supposed to be on Impaled Nazarene mini album 1996, but Sir Luttinen left the band just before the recordings and recorded them by himself under the name of Isänmaa. Lyrics are written in Enochian, Finnish and English. Music itself sounds like early Impaled Nazarene. This masterpiece is originally released 1996 on tape with limitation of 50 copies. These new versions are remasteredand including one never before released bonus track. http://www.blackmetal.com/~mega/isanmaa 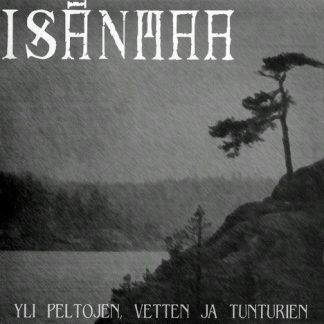 Due to the exceptional situation caused by the coronavirus pandemic, the delivery time and the functionality of consignment monitoring for consignments sent from Finland abroad cannot be guaranteed at present. Due to limited transport capacity, shipments are delayed and transport connections can change on a fast schedule. In several countries, distributions are less frequent than normal. We apologize for the situation. Dismiss